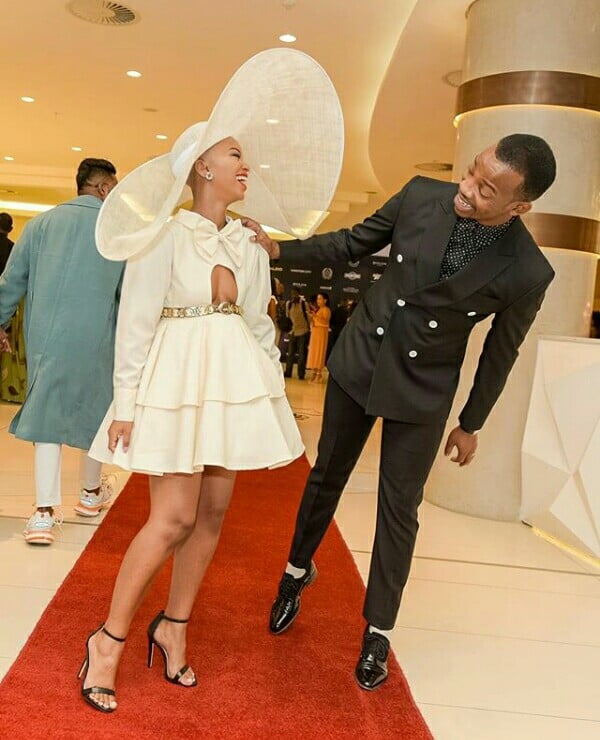 Love is truly a beautiful thing; and so it was for Zakes Bantwini and beautiful Nandi Madida. It was indeed love at first sight as Zakes revealed.

Even though the love birds are a bit reserved when it comes to talking about their relationship to the media,  however, speaking to TshisaLIVE, Zakes couldn’t help but gush over Nandi. He said:

“She is amazing and we just connected from the moment we met. I knew that she wanted to work with me even before we met. I got a call from Nandi’s record label, Universal Music, asking if I would work with her but at the time they could not afford me. But it was at the SAMA nominations party where we met that I realised she was my wife.

“When she said that she loved my music I told her: ‘I love you’. I kind of overwhelmed her. It was love at first sight, for me. I told her that I was waiting for her to be ready but I wanted to just do it,” Zakes said.

Once they had started dating the pair refused to talk about their romance, claiming that they were no different from any other couple in the world and didn’t want to “make a career out of the relationship”.

“It hasn’t been easy because as a public figure people want to know what is going on with you. Some celebs give in and people think that we are all the same and will talk, but we didn’t want that. Suddenly you become Zakes Bantwini, Nandi’s husband and the line become blurred,” he said.

But when Nandi got pregnant and it couldn’t be hidden anymore, the couple decided to announce the pregnancy at a fashion week where Nandi’s clothing line was showcased.

“I was so nervous watching Nandi go on stage. I knew that everything would change once people saw her baby bump and we were expecting the whole thing to blow up,” he added.

They released a statement shortly after officially announcing the news and then pulled the blinds back down on their relationship until the birth of their son Shaka, late last year, 2016.

“I have no regrets about the way we have handled our romance so far. I am happier than I have ever been and I’m able to spend time with my son and wife without the pressure to reveal everything to the public. I love everything about my wife and she is perfect to me,” Zakes added. 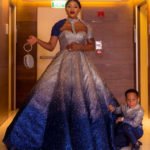 Toyin Lawani In Beautiful Ball Gown by Tiannah For #AMVCA2018? 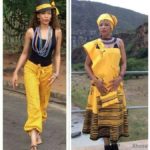 ” I Have Never Had Any ‘Difficult’ Client”

Dineo Moeketsi and Zothile ‘Solo’ Langa Finally Say “I Do” 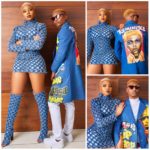 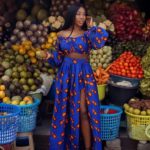 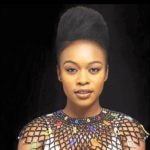 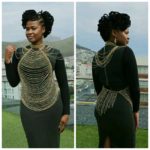 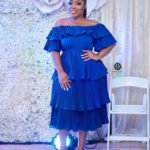