“My view was that most of us don’t understand the power that we have. And we don’t even know how to exercise that power.

And what I will argue here today very simply is this; that you and I have been fed a lie.

The lie is about this great idea called ‘Small Business’.

Start one just start they tell you and stay small, never disrupt don’t move things too much. Employ a person maybe..

You show me one thing that you and I look at around here today, that’s been changed fundamentally disrupted by small business you will not find it.

“And this is a line that’s been fed so much to us that we believe it.

We believe it, it’s permeated, even in our education systems, we believe it.

And so, when we start businesses, we think small.

We don’t change that problem in any other way other than building a country that’s substantially better than it is right now.

We only do that by teaching the majority of people don’t think small.”

“The first is a Startup:

It’s the one guy, he does the job, and is easy to spot too,

because he goes to the client on the Monday meets him,

delivers the work on the Wednesday goes to his office and emails the client the invoice.

On Thursday phones the client asking for his money.

And on the Friday, he pays his landlord.

He’s every single part of the value chain. That’s not wrong, except so many of us have been taught that that’s what business is.

We don’t know that there are other phases of it.

If you’re not a startup, you move a level up, you become what we call a

One guy, two or three people in the office feels a bit important. who drives usually a Merc?

If you’re not a surviving entrepreneur, what are you then become what we call the

Now if you ever read the Sunday Times you read the media in South Africa; you’ll hear them talk about these people called tend to pronounce most of them are nothing more than success entrepreneurs,

You know what success entrepreneurs are?

People who make money to show you that they make money.

Very simple. I make it so I’ve got to show you that I make it way the right kind of suit.

The other word  my good friend calls them is “lifestyle entrepreneurs”.

Make money to live the right kind of lifestyle.

Notice we’ve not created anything;

All we’ve done is we’ve taken a few people and given them a better lot. So that’s happened.

What’s really required is for us to create.

The thing here is these people are very rare, very rare. Because

1. they take the long-term view

2. they don’t believe in their own PR.

3. they understand the value of networks is not the network, but the ability to unlock value in that network.

4. but perhaps most importantly, is they understand the value of education;

Not a degree, not a certificate. ‘Education’.”

“What we need in South Africa today, is we need a philosophy of thinking. We need people that are going to build businesses on the premise of a philosophy.

What do I mean by philosophy?

Something that is just not relevant to the time.

So, when Steve Jobs started Apple, what did he say? He said, ‘I want to build a business that will enable humanity and computers to have an intuitive relationship.’

That’s why an apple is easier and more friendly to use than an Android device.

So, what do we need to do? We need to start building businesses with philosophies.

“If I may, and my fellow South Africans, please excuse me for a moment, let me say this to my people;

Us as a people must be the only people that measure our success, not by how many other successes we create, but by how many failures we see around us.

We make money, we move out, we buy fancy cars, then every Saturday, we go back to the places from which we come. We find our friends who couldn’t make it out.

We stand with them…just so we can show the little that we’ve amassed.

Until we create a mindset where we go back to build those who need to be built, we will not create a better South Africa.

This is a culture of conspicuous consumption where, because you have…you need to show you have it.

You ever thought about what we do?

We buy things we don’t need to impress people we don’t like.  who won’t even remember that we bought those things.”

“It is the most fascinating mental thinking. Fascinating. And finally, this is the challenge to those of you here, who are budding entrepreneurs;

If you’ve written a business plan, throw it away.

Burn it. And I want you to watch every single part of it burning.

You know why? Because a business plan is a lie.

You know, the history of business plans?

They were created in the 1930s by the Americans, you know why they created them? Because in 1929, this small little thing called the crash happened in Wall Street.

So, the Americans created that system, but they created it for big businesses.

As an entrepreneur, let me tell you, write a business plan in January, by March it’s useless, because the market has changed.

Your competitors have come, new people are doing new things, the product you wanted to launch is no longer relevant.”

“My only speed, my only speed as an entrepreneur is the speed of light.

And so, the only resource you have as an entrepreneur to compete with big businesses is you can move faster than they can.

That’s it, because you cannot box them, you don’t have more money, and you don’t employ people who are just as smart as the people they employ.

But what you can do is you can move much, much faster, you can get to the customer quicker, you can service them faster, and you can stay much closer to that customer… stick to that.

And so, what I’m saying here is we need to think about starting businesses; just start.

Come back do it again. But just start.” 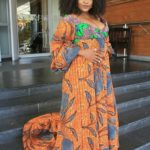 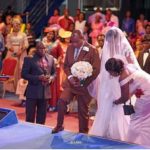 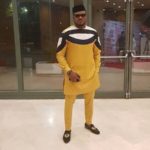 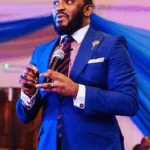 “These days, every Tom, Dick & Lasisi is an Entrepreneur” 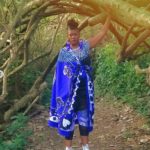 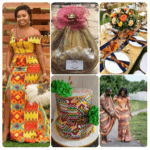 Quick Tips to Help you Prepare for Your Ghanaian Traditional Engagement 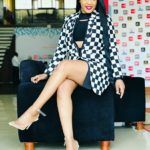